In order to provide active Jewish life for its members The organization of the Jews in Bulgaria “Shalom” offers its members programs suitable for all ages: 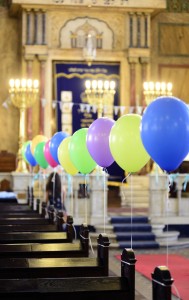 OJB “Shalom” organizes celebrations of Jewish holidays from Rosh Hashana in the fall, to Shavuot – in early summer. Community members have the opportunity to learn about the traditions of each holiday of the Jewish calendar through lectures, performances, concerts and workshops. 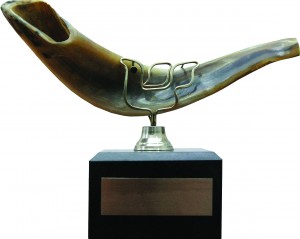 From 2004 till now, every year the Organization of the Jews in Bulgaria helds a ceremony for the Shofar Awards. A proactive committee, the chairman of which is Moric Mashiah and a separate standing committee consider different nominees for the following categories: Overall contribution for the growth of the Jewish community, Active appearance in the Bulgarian and Jewish community, For socio-political publicist deeds in the name of religious and ethnic tolerance, as proposals for the Chairman of the organization Award” and the Organizational committee Award.  Through the years, nominees have been active members of the community, public figures, publicists, journalists, doctors, mans of art and culture, sport mans and many more, for their deeds in the building of the good name of the community, for their deeds in religious and ethnic tolerance, and as partner organizations.

The organization develops a variety of club activities:

Club “Health” conducts classes twice a week and is aimed at members of the community in adulthood but with a youthful spirit. A special gymnastics is led by a qualified medical practitioner. There are organized trips also.Major Jewish holidays are observed in a friendly environment .

Members of the club “Golden Age” love to spend together their Saturday afternoons over a cup of coffee and enjoy live music. In addition to meeting interesting guests, club members visit different parts of Bulgaria always looking for the Jewish thread.

The club gathers everyone to experience the beauty of Jewish dances and the typical Israeli music.

Club “Members with special needs” – OJB Shalom – Sofia pays special attention to the most vulnerable members of the Jewish community, keeping them in cheerful spirit with monthly meetings and regular home visits. The members of the club, who are in good health are actively involved in the programs and activities of other clubs of the organization.

Meetings of the club keep alive the language of Sephardic Jews – Judeo-Espanyol.

Club of the Jewish veterans of World War II

In the Club of veterans can participate veterans from the wars, participants in the anti-fascist resistance and their heirs.

There are other Jewish organizations in Bulgaria that offer its members various programs:

Center for Jewish-Bulgarian cooperation “Aleph” was created in Burgas. The association is named

after the first letter of the Hebrew alphabet and is a legal fact from March 2014. Among its founders

were Jews and Bulgarians proved animating and sympathy for the preservation and development of Jewish-Bulgarian relations. The center for Jewish-Bulgarian cooperation “Aleph” aims to create initiatives that provide good examples of integration between Bulgarians and Jews. The association works to develop cultural, social and economic ties with Jewish and Israeli institutions, companies and individuals. With its activities it seeks to counter the rising global wave of anti-Semitism and xenophobia, and shows that cosmopolitan and tolerant atmosphere in Bulgarian society is alive and turns our country into a modern and open world. Contact information: Burgas, 8000 Square. “Baba Ganka” №4, fl. 4, tel. 056/896480, Fax: 056/896489, e-mail: center.alef@gmail.com, www. alef-bg.org

Sofia Lodge “Carmel” B’nai B’rith 335 is one of the oldest Jewish organizations in Bulgaria.It exists

is officially an “athletic club”. It is the most important youth organization of is time in the Zionist

movement in Bulgaria. Besides organizing sports activities for Jewish youth at the time excluded from other sports clubs due to their religious affiliation , “Maccabi” has another important goal – to prepare the Jewish population in all countries of Europe, to actively participate in building the State of Israel. “Maccabi Bulgaria” was restored in 1991 as a legal entity, registered as a non-profit organization – sports club and its chairman is currently Boris Pilosof. “Maccabi Bulgaria” organizes classes in different sports for members of the Jewish community, such as table tennis, tennis, football and assists in conducting community tournaments outside Bulgaria. A major focus of “Maccabi Bulgaria” is providing help to teams from the Bulgarian Jewish community in the participation in the world and European macabean games. Contacts and information: Boris Pilosof, telephone: 0888208319.

Council of Jewish women in Bulgaria

The Council of Jewish women in Bulgaria was established in 2008 was registered as a non-profit public benefit. It is part of the big family of the International Council of Jewish Women, whose members are 35 female Jewish organizations around the world. The Council members are 25 women from Sofia. So far Presidents of the Council were Lydia Yulzari, Maya Vidas, Lika Ashkenazi, and currently Masha Gavrailova. The council activities are aimed at strengthening the friendly relations and a spirit of understanding among Jewish women of all countries; stimulating the creation and maintenance of permanent contacts between the women of Jewish origin in Bulgaria; restoration and preservation of Jewish traditions and culture globally and within the Jewish community; dissemination of traditional Jewish cultural, ethical and moral values ​​in Bulgaria and abroad; improving the social, economic and legal status of women Jews. Contact: mashag@mail.bg

The jewish center “Chabad” offers programs for all ages for 15 years in Bulgaria .In the center you can get help in organizing rituals like Brit Mila, Bar and Bat Mitzvah, wedding, making your kitchen kosher, putting mezuza and others. In the Jewish center “Habad” works a kindergarten for children from six months to six years old. There are daily lectures, courses, learning Torah and programs for children. For details and information: “Stara Planina” str. 38; tel. 0889623844, 0888797833, chabad.bulgaria@gmail.com