In times of spiritual crisis when the world becomes more and more intolerable to different religions, ethnicities, nationalities, even to the different cultures and way of life it is critical to make systematic efforts in order Bulgaria not to lose its image of an ethnically and religiously tolerant country. The Bulgarian people saved from death its Jews in the black years of the Holocaust, when in fact anti-Semitism marked its apogee with the adoption and implementation of anti-Jewish legislation and the massacre of six million Jews in the death camps. In the years immediately following this black page of the world history, anti-Semitism can be defined as controlled and did not seem to stand longer on the agenda But there was a different also disrturbing trend – not to speak about anti-Semitism and to underestimate, neglecte and ignore it as if it does not really exists. 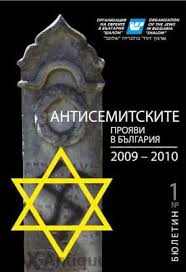 In recent years, anti-Semitism marks a worrying rise in many countries, particularly in some places in Europe. Adding to the topic trends resulting from the pressing problems of society worldwide, such as dealing with the refugee wave from the Middle East, Asia and Africa, the increasing danger of penetration of radical, extremist, fundamentalist and extreme ideologies, the emergence of groups accepting the ideas of domination of one group of people over another, the gross violation of human rights the increasing hot spots around the world and the wave of terrorist acts and attacks. The Organization of the jews in Bulgaria is taking active steps to fulfill one of its main objectives – to protect its members from any form of violence, hatred and discrimination, to prevent terrorist attacks similar to those in Paris, Brussels, Stockholm, Bourgas and others. For this purpose, the organization conducts systematic and careful observation and analysis of the situation in the country manifestations of antisemitism. The Bulgarian Jewish community is not only concerned about its fate, but for the “health” of Bulgarian society which has never encouraged fanaticism and extremism in any context. Therefore, the organization considers its aim to alert the public and the institutions for anti-Semitic, vandalism and hooligan acts against Jews, Jewish events and objects, and as well to actively oppose to all forms of fascism, anti-Semitism, racism and xenophobia. 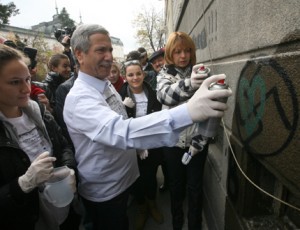 To achieve the outlined objectives within the organization operates a special group of observations that daily monitors and records anti-Semitic phenomena – from graffiti with swastikas, anti-Semitic calls and words of hate painted on the walls of buildings, monuments, cemeteries and public places to publication and dissemination of anti-Semitic literature, articles and materials on the Internet to organizing anti-Semitic gatherings, marches and demonstrations. The information from this monitoring process is recorded chronologically, and large-scale events find their place in a special edition – “Newsletter – anti-Semitic manifestations in Bulgaria,” which format is deliberetly chosen in order to avoid subjective emotional evaluation of events.

Depending on the case the management of the organization is working closely with the police, local government and all institutions that are committed to the protection of people, events and places that are defined as Jewish.
Especially after the terrorist bombing of July 18, 2012 at the airport “Sarafovo” in Burgas, in which six Israelis and one Bulgarian were killed to everyone in the Jewish community in the country and for everybody in Bulgaria became clear that no one is protected from terrorism and everyone is obliged to engage in the fight against it.